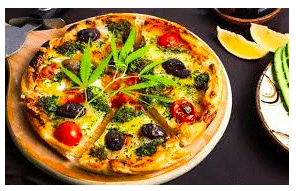 The Securities and Exchange Commission has filed a lawsuit against Wyoming-based VerdeGroup Investment Partners, Inc. and its principal Thomas Gaffney (Gaffney), who is a repeat securities fraud offender. The SEC also included the company’s investor relations contact, Lisa Gordon. They are accused of raising more than $600,000 from over two dozen investors for a cannabis investment that never occurred. The SEC noted that Gaffney has done this before having been previously charged by the SEC and prosecuted by criminal authorities for securities fraud.

The Securities and Exchange Commission today announced that it has filed a litigated action against defendants VerdeGroup Investment Partners, Inc. (VerdeGroup), its principal Thomas Gaffney (Gaffney), and its investor relations contact Lisa Gordon in connection with an alleged offering fraud that raised more than $600,000 from over two dozen investors. Gaffney is a recidivist, having been previously charged by the SEC and prosecuted by criminal authorities for securities fraud. See SEC v. Gaffney, et al, Case No.: 13-cv-61765-RNS (S.D. Fl.); U.S. v. Thomas Gaffney, Case No. 12-60224-CR-Dimitrouleas (S.D. Fl.).

The SEC’s complaint alleges that, from January 2018 through July 2019, VerdeGroup and Gaffney raised funds from investors to ostensibly finance legal marijuana businesses. The complaint alleges that Gaffney and VerdeGroup misled investors about how their monies would be used, about VerdeGroup’s business partners, and about VerdeGroup’s initial public offering. As alleged in the complaint, to help disguise his involvement, Gaffney directed investors to send their funds to a third party account, from which investor funds were transferred to an account in the name of relief defendant Tommy’s Pizza, founded and operated by Gaffney and his wife Cynthia Gaffney. The SEC alleges that investor funds were then used for a variety of Gaffney’s personal expenses, including jewelry, travel, and his pizza parlor business. According to the complaint, defendant Lisa Gordon, hired to handle VerdeGroup investor relations, acted as an unregistered broker-dealer in connection with the unregistered offering.