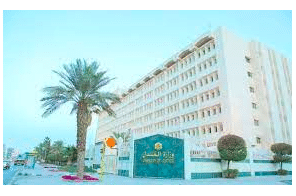 RIYADH – Saudi Arabia’s Supreme Court upheld a lower court verdict giving SR98,000 in compensation for a man who was wrongfully detained for 130 days in a drug case.

Khalaf, a 40-year-old man, was detained after he was found in the company of a friend who was arrested for possessing an undisclosed quantity of hashish.

Khalaf’s accidental presence with the friend turned out to be a nightmare for him. He had to remain in custody for 130 days during which investigations into the case and the subsequent trial of the suspect were completed.

Sources told Okaz/Saudi Gazette that a preliminary court found Khalaf innocent and acquitted him in the absence of any substantial evidence that linked him to the seized narcotics.

Khalaf was held as a suspect because he was found in the company of his friend who was arrested with the narcotics.

The court ordered the payment of SR98,000 in compensation to Khalaf in view of his wrongful arrest and detention. The Court of Appeals upheld the verdict and referred the case to the Supreme Court for a final approval.