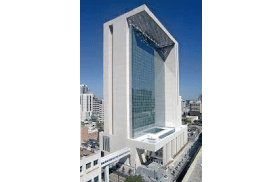 Five former North County cannabis operators are scheduled for hearings this month in Superior Court in two separate cases; the charges they face include alleged perjury, unlawful cultivation and sale of marijuana, and conspiracy to commit a crime.

The two cases — Herbal Angels and Santa Barbara Greenland Deliveries, or SBGD — are among dozens of criminal complaints that District Attorney Joyce Dudley has filed against cannabis operators since the Board of Supervisors opened the floodgates to the industry in 2018, transforming Santa Barbara County into a pot capital of California. Typically, these cases have been settled in the pre-trial stage.

In court, lawyers for the Herbal Angels and SBGD defendants will likely attack the ordinance itself, as well as state and federal marijuana laws, pointing to their complexities, loopholes, and contradictions.

“There’s so much gray area in the whole process,” said Josh Webb, an attorney for Arthur Olowski, one of three defendants in the SBGD case. “It’s been the Wild West.”

Similarly, Bill Makler, an attorney for Ingrid McCann, another SBGD defendant, said, “Ms. McCann is caught up in a cauldron of unsettled and confusing laws that have come about since legalization of marijuana began, and she looks forward to presenting her defenses at trial.”

In the Herbal Angels case, Eli Sheiman and Mariette Wingard of Santa Barbara, co-owners and operators of an allegedly illegal cannabis “grow” at 2761 Cebada Canyon Road west of Buellton, are scheduled to appear at a preliminary hearing before Judge Thomas Adams on July 6.

Sheiman is charged with two felony counts of alleged perjury and falsification of public records. Both he and Wingard face two misdemeanor counts for allegedly growing more than six cannabis plants illegally and possessing marijuana for sale. The couple has pleaded not guilty to all charges.

The charges against Herbal Angels stem from a December 2019 raid by the Sheriff’s Cannabis Compliance Team on the property, when 3,000 pounds of dried and frozen cannabis products were purportedly destroyed.

At the July 6 hearing, which has been carried over from June 22, Adams will decide whether there is enough evidence for Sheiman and Wingard to stand trial.