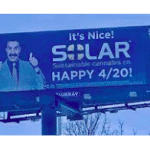 According to an image in a complaint filed Monday in the U.S. District Court for the District of Massachusetts, the billboard on an interstate highway showed Cohen – in character as the fictional Kazakh journalist Borat Sagdiyev – giving a thumbs-up hand gesture alongside the phrase “It’s Nice!” and Solar Therapeutics brandings.

A copy of the complaint has been posted online by The Hollywood Reporter. 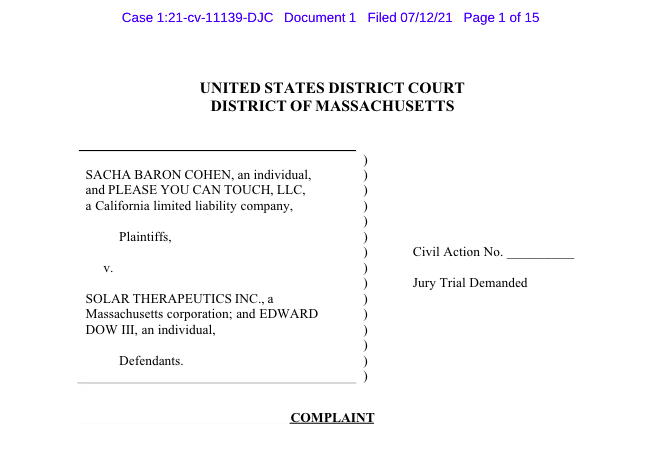 The complaint – which charges that “It’s Nice” refers to the Borat catchphrase “Nice!” – alleges that the billboard was “intentionally designed to capitalize on the goodwill, recognition, and fame associated with Mr. Baron Cohen and his Borat character.”