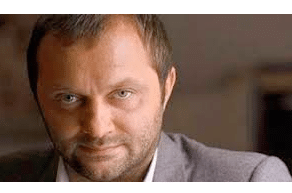 Russian oligarch Andrey Muraviev was charged this week by U.S. officials with making illegal political contributions to curry favor with candidates who could help him acquire cannabis industry licenses.

Andrey Muraviev, a 47-year-old Russian oligarch who set out in 2018 to acquire U.S. cannabis industry licenses, was indicted this week and charged with making illegal political contributions as a foreign national. Muraviev — who is currently believed to be at large in Russia — was also charged with conspiring to make political contributions as a foreign national in the names of straw donors.

According to a release by the Southern District of New York U.S. Attorney’s Office, Muraviev allegedly conspired with Lev Parnas, Andrey Kukushin, and Igor Fruman to give up to $1 million in foreign funds as political contributions to candidates and campaigns that would benefit his business interests. The donations were meant to curry favor with state and federal candidates in Florida, Nevada, and Texas who could later help Muraviev and his co-conspirators acquire cannabis industry licenses.

“As alleged, Muraviev, a Russian foreign national, made illegal political contributions and conspired with Parnas, Kukushkin and Fruman to obscure their true source. The money Muraviev injected into our political system, as alleged, was directed to politicians with views favorable to his business interests and those of his co-conspirators.” — FBI Assistant Director-in-Charge Michael J. Driscoll, in a statement

Parnas and Kukushkin were found guilty for their involvement in the scheme last October while Fruman pled guilty in January. Parnas and Fruman are both ex-associates of Rudy Giuliani, the former Mayor of New York City and personal attorney for former President Donald Trump (R).

In 2018, Parnas was responsible for leaking a recording of then-President Trump saying that cannabis use reduces one’s IQ score at a family dinner party.