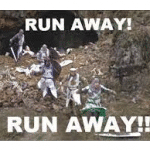 More from High Times .. as always it isn’t positive!

Lawyers for High Times are trying to drop from a case involving the domain name 420.com.

In a lawsuit filed in January 2020, domain investor Merlin Kauffman alleged that he struck a deal with Hightimes Holding CEO Adam Levin to buy 420.com for $307,500.  Text messages of the negotiation between Kauffman and Levin are here (pdf). The messages reveal that the parties struck a deal and Kauffman wired the money, but Levin came back saying there would need to be a purchase agreement and board approval. According to Kauffman’s suit, the defendants asked for more money to complete the deal. Kauffman still doesn’t have the domain name.

High Times’ New York lawyers withdrew from the case in March 2021, leaving local Florida lawyers, The Behar Law Firm, P.A., to handle the case. Now they want out, too.

The defendant’s remaining lawyers filed a motion (pdf) today asking to withdraw due to “irreconcilable differences” between counsel and the defendants.

The motion comes two days after the court approved Kauffman’s Motion to Compel Deposition and Production (pdf). The motion stems from Levin’s apparent inability to answer simple questions during a deposition in March. Despite knowing what the topics were in advance, transcripts show that Levin was unable to answer questions about officers and directors of Trans-High (one of the defendants that is associated with Hightimes Holding), and even if he was the CEO of the defendants.

The court threatened sanctions if the defendants don’t comply.