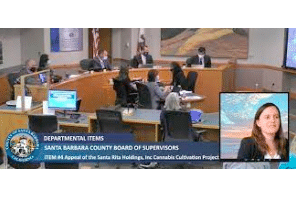 A new civil lawsuit in California is attempting to use federal anti-racketeering laws to close down a licensed marijuana cultivation facility.

According to Law360, a neighbor of Santa Barbara-based grower Santa Rita Holdings invoked the RICO Act in a civil suit in a bid to force the farmer to cease transporting marijuana goods on a road the two property owners share.

The RICO Act is a 1970s-era federal law intended for use against organized crime.

The suit, filed by JCCrandall, contends that because marijuana remains federally illegal, all activity on the farm falls under the purview of the Rico Act, according to Law360.

The suit also claims that the state-legal cannabis farm has diminished neighboring property values and increased the chances of the area becoming a target for criminals.