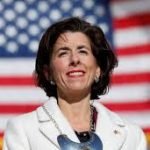 The budget would establish a recreational marijuana program controlled by the state, with the first stores opening in March 2021. The state would determine the locations of retail facilities, control inventory through subcontracting, establish retail pricing and limit the potency of available products — a framework the administration believes would be the strictest regulatory structure nationwide.

Democratic Senate President Dominick Ruggerio opposes legalization because he feels there are too many unresolved issues. Mattiello wanted the proposal to be considered separately from the budget, not factored into revenue considerations. He said Thursday that relying on over $20 million is “risky and short-sighted at best.”