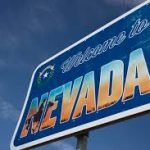 Herbal Care LLC, which had its license suspended in September 2018, filed a lawsuit in Washoe County District Court on Feb. 21 compelling the Nevada Department of Taxation to complete its disciplinary actions so the business can move forward.

“I believe that this situation is going to expose what’s going on at the Department of Taxation,” said Joey Gilbert, attorney for Herbal Care. “It’s a Pandora’s box. It is not pretty, it’s out of line and off the rails. People are going to be shocked at what’s been taking place.”

The taxation department did not respond to requests for comment.

The lawsuit maintains that the department has been unresponsive despite Herbal Care’s efforts to pay $412,000 in fines and cooperating in the disciplinary process, according to the lawsuit.