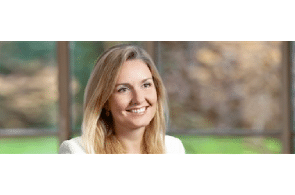 Latham & Watkins has secured a significant victory for its client Antonin Cohen, former co-director of KanaVape, in a decision rendered today by the French Court of Appeals of Aix-en-Provence concerning the marketing of CBD-based products. In confirming the landmark decision handed down in November 2020 by the Court of Justice of the European Union (CJEU), which ruled that EU Member States may not ban the marketing of cannabidiol (CBD) when extracted from the Cannabis sativa plant in its entirety and not solely from its fibre and seeds, the French Court has dismissed all criminal charges against Antonin Cohen for marketing the CBD vaping product KanaVape.

In 2015, Antonin Cohen and fellow-co-director of KanaVape, Sébastien Béguerie, were prosecuted for selling vaping products containing natural CBD, a non-psychotropic substance contained in the hemp (Cannabis sativa) plant. Under French law at the time, the marketing of products derived from the entire plant, therefore all products containing natural CBD, was prohibited. In a judgment handed down by the Marseille Criminal Court on 8 January 2018, Antonin Cohen was found guilty on several charges of infringement, including infringements of the French legislation on poisonous substances.

The defendants appealed before the Court of Appeals of Aix-en-Provence on the grounds that the prohibition on the marketing of CBD from the Cannabis sativa plant in its entirety is contrary to EU law. The case was subsequently referred to the CJEU which, on 19 November 2020, affirmed that the French general ban on CBD is contrary to (EU law unless French regulations were to be considered appropriate and proportionate for the protection of public health by the referring court.

The CJEU left the final word to the French judges who today confirmed that the French ban is not appropriate and/or proportionate for the protection of public health and therefore indeed contrary to EU law, and dismissed all criminal charges against Antonin Cohen on that basis.

As a consequence, France must change its current regulations in order to provide an adequate and proportionate framework for the marketing of CBD extracted from the whole hemp plant. To that end, a draft French Order modifying the present rules has been submitted to the European Commission and is under review.

Commenting on the judgment, Paris based partner Eveline Van Keymeulen said: “This landmark decision wholeheartedly endorses the CJEU KanaVape ruling and confirms for once and for all that the French CBD ban – and any unproportioned restrictions on the marketing of CBD – is contrary to EU law. I am delighted that my client’s seven-year procedural saga ends today and that justice has been done. The Court hereby sends a clear signal to the French competent authorities not to interpret the KanaVape case law in a minimalist way, and I hope the revised regulations will provide much needed clarity and certainty around the marketing of CBD products in France and Europe.”

Antonin Cohen added: “You have to take risks in order to make progress on complicated issues. Thanks to my win in this case, the law is changing, for the benefit of all. This will help to protect public health by allowing French citizens access to CBD products that fall within the regulations. It will also improve the French economy: farmers will be able to harvest hemp flower, laboratories will be able to extract CBD, and brands will be able to launch new “Made in France” products. This is an important win, but the work continues. France is hampered by dogmatic and electoral postures that are disconnected from people’s needs. The law prohibits the use of many plants that have been used by humans for thousands of years. My goal is to make some of these natural substances more accessible as they can bring important benefits to people’s lives.”