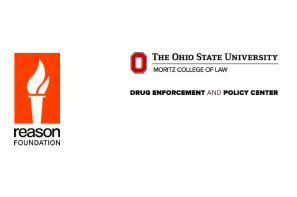 This is their point of view..

The following policy brief will address the problems inherent in the federal government’s current regulatory framework for the right to keep and bear arms in the context of medical marijuana use, circumstances that implicate the privilege against self-incrimination, and how to revise the regulatory framework in accordance with the guarantees of the Constitution.

The federal government regulates the sale, distribution, and ownership of firearms through the Gun Control Act of 1968 (“Gun Control Act”).2 The Gun Control Act regulates the sale of firearms, primarily “to prevent guns from falling into the wrong hands.”3 Under § 922(g) of the Act, the government identifies certain classes of individuals who are prohibited from owning or possessing a firearm, including felons, the mentally ill, and illegal aliens in the United States.4 They also identify individuals who are “an unlawful user of or addicted to any controlled substance” as a class of persons wholly prohibited from owning or possessing a firearm.5

To add to this complexity, the federal government has also authorized the sale of Marinol, a lab-derived, synthetic form of THC, and has designated Marinol as a Schedule III drug. Schedule III drugs are defined as drugs or other substances that have less potential for abuse than substances in Schedules I and II and are currently accepted for medical use in the United States, with abuse of the drug possibly leading to only a moderate or low physical dependence or high psychological dependence.10 Despite Marinol being lab-derived instead of naturally derived from a marijuana plant, there are no differences between the chemical structures or psychological effects of THC in a marijuana plant and the THC in a Marinol capsule.11 Therefore, the federal government has recognized some medical value associated with the use of THC, contrary to marijuana’s designation as a Schedule I drug.

Notwithstanding marijuana’s federal designation as lacking medical value, 36 states, the District of Columbia, Guam, Puerto Rico, and the U.S. Virgin Islands have legalized state-licensed medical marijuana programs.12 Through these programs, individuals may be recommended medical marijuana to aid or cure their ailments or illnesses.13

When a gun owner uses medical marijuana in accordance with their state’s program, they are nevertheless in violation of the Gun Control Act.17 Under § 924 of the Gun Control Act, violations of § 922(g) are punishable by a fine and a term of imprisonment up to 10 years.18 An individual who uses medical marijuana has two opportunities to violate § 922(g): when they purchase a firearm and when they own or possess a firearm. When purchasing a firearm, prospective gun purchasers are required to complete a Firearms Transaction Record – Form 4473 for the Bureau of Alcohol, Tobacco, Firearms, and Explosives (“ATF”).19 Prospective gun purchasers are required to self-disclose whether they are “an unlawful user of, or addicted to, marijuana or any depressant, stimulant, narcotic drug, or any other controlled substance[.]”20

The form further warns that “[t]he use or possession of marijuana remains unlawful under Federal law regardless of whether it has been legalized or decriminalized for medicinal or recreational purposes in the state where you reside.”21 However, there is no similar mention of other specific prohibited drugs or substances, including heroin, 3,4-methylenedioxymethamphetamine (“ecstasy”), or lysergic acid diethylamide (“LSD”), which all are mind-altering substances and impact a person’s ability to safely use a firearm.22 Moreover, prospective gun purchasers who self-disclose that they use marijuana in accordance with their state’s legalized medical marijuana programs will be prohibited from purchasing a firearm. 23

On the other hand, no similar warnings are given to current gun owners who become medical marijuana patients. When an individual is initially prescribed or recommended marijuana, there is no requirement for the treating physician to consider the potential legal impacts of their patients’ marijuana use, much less the implications for their right to keep and bear arms. Rather, the onus is on the gun owner to know they are in violation of the law when consuming a federally scheduled drug and should cease their illegal conduct on their own accord.24

Consequently, under the current federal regulations, if a prospective gun purchaser fails to self-disclose their medical marijuana use while seeking treatment in accordance with their state’s program, or if a current gun owner begins using medical marijuana, they may be subjected to fines or imprisonment imposed under § 924.25

Moreover, marijuana users have a duty to know they are in violation of § 924 and this duty is distinct from other classes of persons defined under § 922(g). In Rehaif, the Supreme Court considered the scope of the word “knowingly” under § 924(a)(2)—the section that defines the punishments for all categories of persons described in § 922(g).26

The court held that the defendant’s conviction for possession of a firearm as an alien unlawfully in the United States, in violation of § 922(g)(5) and § 922(a)(2), was rendered in error because the government failed to prove both that the defendant knew he possessed a firearm and that he knew he belonged to a relevant category under the Gun Control Act.27

The court recognized that while typically “ignorance of the law is no excuse,” that maxim only applies in circumstances where the defendant has the requisite mental state with respect to the elements of the crime but is unaware of a statute prohibiting their conduct. But, the maxim does not apply where the defendant “has a mistaken impression concerning the legal effect of some collateral matter and that mistake results in his misunderstanding the full significance of his conduct,” thereby negating an element of the offense.”28

However, the standard set forth in Rehaif for evaluating knowing violations of § 924 by a person identified in § 922(g) has not been applied to individuals who are “unlawful user[s] of or addicted to any controlled substance,” as defined in § 922(g)(3).31

Consequently, failure to instruct the jury that defendants must have known they were users of a controlled substance in order to be guilty of violating § 922(g)(3) was not in error.33

In sum, the Gun Control Act prohibits individuals who are “unlawful user[s] of or addicted to any controlled substance,” from owning or possessing a firearm.34 These unlawful users include medical marijuana patients who use marijuana as recommended by their treating physicians, in accordance with their state’s program, which constitutes knowingly using a federally unlawful substance.35 If a person violates the act by using medical marijuana while purchasing or possessing a firearm, they could face fines and a term of imprisonment up to 10 years.36