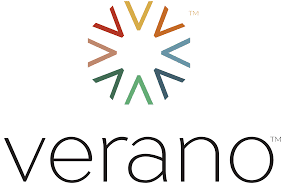 Here’s what Verano say in their release.

CHICAGO, May 23, 2022 (GLOBE NEWSWIRE) — Verano Holdings Corp. (CSE: VRNO) (OTCQX: VRNOF) (“Verano” or the “Company”), through its subsidiary, Verano Holdings, LLC, yesterday notified the U.S. District Court for the District of Colorado of its complete victory in arbitration regarding various frivolous RICO (Racketeer Influenced and Corrupt Organizations Act) claims brought by Nicholas Nielsen. The arbitrator dismissed all of Nielsen’s claims with prejudice and awarded Verano nearly $100,000 in attorney’s fees in the arbitration, further underscoring the groundless nature of the lawsuit.

In his claims, originally brought in Federal Court but ultimately adjudicated on the merits in arbitration, Nielsen failed to disclose that he had pled guilty to a four-count felony indictment in the State of Arkansas for the blatantly illegal marijuana cultivation and production operation he ran out of his home. Nielsen’s claims were a meritless effort to shift blame to Verano and more than fifty other defendants for his conviction, which was based on illegal activity in which he engaged on his own volition and without the knowledge or involvement of Verano or others.

“The allegations in the complaint are completely and totally false and absurd,” said George Archos, Verano Founder and Chief Executive Officer. “The plaintiff and his lawyer have turned an employment dispute between a former employee and his employer into a sensationalized and imagined series of events aimed at a company like Verano with a proven track record of compliant operations. Verano and its affiliates are proud of their strict compliance with, and adherence to, state laws and regulations, and any insinuation to the contrary is completely fictional.”

With operations in 13 states, all with highly regulated state-legalized cannabis programs, Verano is a leading, vertically integrated multi-state cannabis operator in the United States. This complete victory for Verano validates its vigorous efforts to defend itself from these false, baseless and defamatory allegations that struck at one of Verano’s core foundational principles – strict compliance with applicable law.

Verano is a leading, vertically integrated, multi-state cannabis operator in the U.S., devoted to the ongoing improvement of communal wellness by providing responsible access to regulated cannabis products. With a mission to address vital health and wellness needs, Verano produces a comprehensive suite of premium, innovative cannabis products sold under its trusted portfolio of consumer brands, including Verano™, Avexia™, Encore™, and MÜV™. Verano’s portfolio encompasses 15 U.S. states, with active operations in 13, including 13 cultivation and processing facilities comprising over 1,000,000 square feet of cultivation capacity. Verano designs, builds, and operates dispensaries under retail brands including Zen Leaf™ and MÜV™, delivering a superior cannabis shopping experience in both medical and adult-use markets. Learn more at www.verano.com.