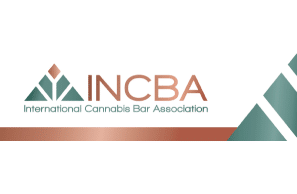 INCBA Files Amicus in In re Joy Tea
INCBA’s 4th Amicus and the First of 2022.

INCBA and ASA proudly announce our jointly filed amicus brief in the matter of In re Joy Tea, Inc., with a special thanks to James Gourley and Mary Shapiro for their Pro Bono drafting of the brief and the incredible work product they provided for INCBA and ASA.

On February 25, 2022, Americans for Safe Access (ASA) and the International Cannabis Bar Association (INCBA) filed an amicus brief at the Federal Circuit in support of an appeal in In re Joy Tea, Inc., where the United States Patent and Trademark Office (USPTO) has refused registration of a trademark application for the mark “FOR JOY” in connection with a variety of teas and tea-based products.

In practice, the USPTO has implemented a per se rule that deprives products containing cannabis or hemp in foods and supplements from obtaining trademark protection, as a prospective violation of the Food, Drug and Cosmetics Act (FDCA). As a result, the USPTO refuses to issue trademark registrations even for products incorporating CBD derived from lawful hemp, despite the fact that the .3% THC threshold, which is the legal standard for the maximum amount of THC allowed under the 2018 Farm Bill, is met.

See the full brief at Resources.incba.org under the Committee Work Link.