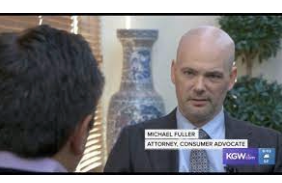 A federal lawsuit filed Monday seeks $200 apiece and class-action status for hundreds of customers who bought what they thought were CBD drops manufactured by Curaleaf that contained THC, The Oregonian reports. The mix-up led to sweeping product recalls and at least 10 individual lawsuits, which were settled in January, and one lawsuit with a wrongful death claim.

The products were sold in Oregon under the Select label and state regulators have proposed a 70-day suspension for the company and a record $200,000 fine.

The lawsuit is filed by Michael Fuller, a Portland attorney who filed the 10 lawsuits that were previously settled. The new litigation seeks $200 per customer regardless of whether they were made ill by the products. Earlier this year, Fuller settled a similar lawsuit against Cura Cannabis, a subsidiary of Curaleaf, for mislabeled cannabis vapes. That settlement produced a $200 payout for each claimant, the report says.

According to an Oregonian report outlining the mix-up, Curaleaf kept THC and CBD in two buckets stored in a caged area inside its Portland manufacturing facility. The buckets had different colored lids but were otherwise similar and stored next to one another on a shelf, according to investigative records outlined by the newspaper. Each bucket had a small identification number written on a tag affixed to the handle with a rubber band and the identification numbers on the buckets were one digit apart from one another. While bottling both the THC and CBD drops, an employee left one of the tags on a counter and proceeded to confuse the buckets, according to the report, leading to THC ending up in CBD bottles.

Curaleaf has not commented on the pending lawsuit but indicated it has made several reforms to its processes to prevent similar incidents.