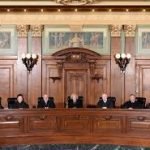 SPRINGFIELD — Smelling and seeing cannabis justified probable cause for a police officer in central Illinois to search a man’s car, despite cannabis’ decriminalization and legalization for medical purposes at the time, a unanimous Illinois Supreme Court majority ruled Thursday.

The justices were asked whether two 2016 laws — the Illinois Cannabis Control Act and the Compassionate Use of Medical Cannabis Pilot Program Act — changed the basis for probable cause in a May 2017 warrantless search of Charles Hill’s car.

Hill contended the possession of small amounts of cannabis could not establish probable cause because it was no longer a criminal activity or contraband under the laws.

Officers required more information to suggest Hill illegally possessed a criminal amount of cannabis or that a crime was committed to conduct a search, he argued.

That argument is “fatally flawed,” according to the majority opinion, authored by Justice Lloyd A. Karmeier.

The officer had probable cause to search Hill’s vehicle because “the decriminalization of possessing small amounts of cannabis did not alter the status of cannabis as contraband,” Karmeier wrote.

“Possession of cannabis remained illegal,” although the penalty for possession of less than 10 grams of cannabis was reduced to a civil law violation punishable by a fine, he wrote.

“As such, whether a defendant is subject to criminal penalties is irrelevant in determining whether an item is contraband,” Karmeier wrote. “To hold otherwise leads to the absurd conclusion that persons could have a legitimate privacy interest in an item that remains illegal to possess.”

Hill was charged with unlawful possession of a controlled substance, but not cannabis possession, after an officer found a small rock of crack-based cocaine under his seat and a small amount of cannabis residue during a traffic stop.

In October 2017, Hill filed a motion to suppress the evidence which was granted.

The responding officer testified that Hill did not pullover right away, suggesting that he was hiding contraband or a weapon, and that Hill’s passenger admitted to smoking cannabis earlier that day. The officer also reportedly spotted loose cannabis in the backseat and smelled raw cannabis coming from Hill’s vehicle.

In January 2019, a 4th District Appellate Court panel reversed the lower court’s ruling that granted the motion, instead finding the stop was justified and the odor of cannabis alone provided probable cause to search Hill’s car.

The high court majority affirmed the appellate decision, but avoided the “narrow legal issue” of whether the “odor of burnt cannabis without other corroborating evidence presents an officer probable cause to search a vehicle.”

The court side-stepped that question and upheld its 1985 ruling, People v. Stout, because “unlike Stout, the officer here relied on more than the odor of raw cannabis,” Karmeier wrote.

The majority also found it “unreasonable to make such inference” that the officer could not rely on his observation of a “bud” of cannabis in the backseat in establishing probable cause because he failed to collect and document the “bud.”

“Although we do not reach whether the odor of cannabis, alone, is sufficient to establish probable cause, the smell and presence of cannabis undoubtedly remains a factor in a probable cause determination,” Karmeier wrote in a footnote.

But the majority rejected Hill’s argument that the officer needed “more facts to suggest the cannabis was illegally owned or connected to another criminal activity” before conducting his search.

“While the mere presence of cannabis for medical users may no longer be immediately attributable to criminal activity or possession of contraband, such users must possess and use cannabis in accordance with the Act,” Karmeier wrote.

The officer “saw a loose ‘bud’ in the backseat and smelled a strong odor of cannabis, which, together, indicate that cannabis was in the car and, likely, not properly contained,” Karmeier wrote. “As such, even if the officer presumed [Hill] was in legal possession pursuant to the act, the facts here established probable cause that evidence of a crime was in the vehicle.”

The state was represented by Assistant Attorney General Garson S. Fischer. A spokesperson for the Illinois Attorney General’s Office said the office is pleased with the court’s decision.

Hill was represented by Assistant Appellate Defender Zachary A. Rosen. He did not respond to a request for comment. 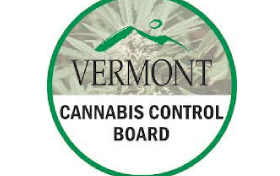