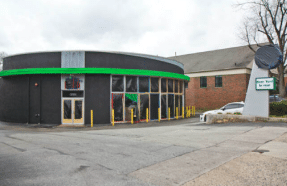 The prospect of a national CBD retailer locating in Wayne — the focus of community-wide unease over the last month — prompted the Radnor Township Board of Commissioners to take steps to block the shop’s opening.

In response, the retailer sued the township and its director of community development the same day. It hoped to stop the vote or, failing that, to get an injunction that would allow it to do business at the Wayne location.

The ordinance enacted by the commissioners Monday bans the sale of two controversial substances, kratom, and Delta-8, within 1,000 feet of a school, playground, or daycare center,  effectively halting the opening of the new shop by the company CBD Kratom. The ordinance also prohibits the sale, distribution, or offering of kratom or Delta-8 to individuals under the age of 21.

In its suit, filed Monday in Delaware County Court of Common Pleas, CBD Kratom seeks a declaration that the ban is targeted and “spot zoning,” and an order directing Radnor to provide the business with a certificate of occupancy.

Prior to hearing confirmation of the lawsuit, Township Solicitor John Rice told WHYY News  Wednesday that Radnor was prepared to fend off any litigation from the St. Louis-based chain.

“The township did not walk into doing this ordinance lightly,” Rice said.

CBD Kratom, which has more than 50 locations nationwide, including several in Philadelphia and a shop in Media, signed a 10-year lease for what used to be a Starbucks at 218 E.  Lancaster Ave. in August.

Spencer Owens, government affairs specialist for CBD Kratom, said Radnor was chosen for the company’s new store because it determined that numerous customers in the area were commuting to its locations nearby.

“Our intention was really just to bring that opportunity closer to them, as we knew we already had a great deal of customers in that region,” Owens said.

After renovating the space, the company planned a “soft” opening for Feb. 10. However, a lack of township permits prevented the grand opening scheduled for Feb. 17.

Read the full story at    https://whyy.org/articles/national-retailer-cbd-kratom-sues-radnor-township-over-ordinance/