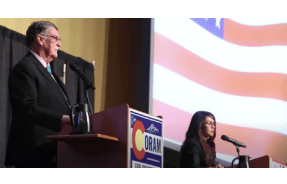 Although we tend to err on the side  of Rep. Lauren Boebert considering what we already know about Coram

A Republican congresswoman from Colorado is accusing her primary election opponent of being an “illegal drug dealer” over allegations that a company he owns grew and sold hemp containing more than the allowable amount of THC.

At a debate on Thursday, Rep. Lauren Boebert (R-CO) attacked state Sen. Don Coram’s (R) drug policy and criminal justice record, alleging that he may have supported legislation to lower penalties for fentanyl and remove qualified immunity for police because he had “ulterior motives” and may be a “felon” himself for “selling hot hemp.”

Boebert, a controversial figure in Congress who often makes headlines for pushing political boundaries, said that there were seven lab reports showing that Coram’s hemp contained more than 0.3 percent THC per dry weight, which would be considered “hot” hemp that needs to be disposed of.