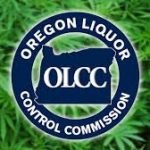 The OLCC has released a proposed new rule draft for random product testing.

Under the new rule, the Commission may require any licensee to submit a sample of their marijuana item for testing.

This rule is proposed to assist the OLCC and OHA in the ongoing investigation of the cause of EVALI cases in Oregon as well as to prevent potential future risks to public safety due to additives, adulterants, microbiological contamination, heavy metals, or other contaminants.

You can read the full text of the proposed rule making here: