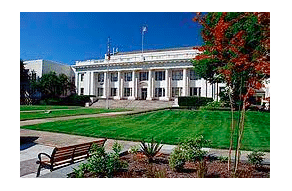 The News Review reports on the joys of trading insults.

It started out as a straightforward hemp deal between two Douglas County businessmen.

Kurt Holm, a local contractor, would do some work for property owner and investor Dustin Jinks. In return, Jinks would pay Holm from the windfall proceeds — expected to exceed $500,000 — that would come from the sale of the hemp he intended to grow on his Camas Valley property.

But the deal soured, and things got so bad that the two men filed lawsuits against one another, with Holm accusing Jinks of stiffing him out of tens of thousands of dollars and Jinks alleging that Holm rammed him with his Jeep, causing debilitating injuries.

Jinks is the owner of a company called HAD LLC, and owned Hemp Valley LLC before it was dissolved last year, according to state records. Holm owns Plan B Contracting LLC, those records show.

Holm filed the first lawsuit, in January 2020, in which he accused Jinks of breach of contract.

According to that complaint, Jinks approached Holm and asked him to buy certain items, deliver them to Jinks’ property in Camas Valley, and then use them to construct a 4,000 square-foot barn and fencing to be used for a large hemp farm.