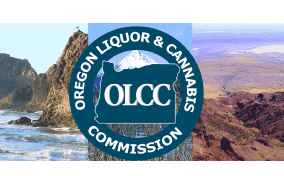 PORTLAND Ore. – The Oregon Liquor and Cannabis Commission (OLCC) has grown tired of “bad actors” gaming the system when they’re caught breaking the law or violating OLCC rules, so Commissioners plan to crack down on that group of licensees by limiting their ability to monetize their license.

At their regularly scheduled July 21, 2022 meeting Commissioners signaled that they want to take a new approach against cannabis operators facing license cancelation who want to sell their businesses through a “change of ownership.” That action requires the OLCC to use its discretion to facilitate issuing a new license to the buyer of the discredited cannabis business.

“Should we as a Commission just take that license from the individual because of the egregious way that they handled it?” said OLCC Chair Paul Rosenbaum. “Or should we allow the person to cancel the license and allow that person to sell it [the licensed cannabis business] to somebody else?”

The “change of ownership” is an option available even to licensees facing criminal charges for diverting cannabis into the illegal market, or knowingly selling cannabis to children.

“That an individual has the ability after doing something so illegal and so egregious and now has the opportunity to sell that [licensed business], I’m going to speak against that ever happening again,” said Commissioner Marvin Revoal.

The Commissioners aren’t advocating – nor do they have the authority – to stop the sale of a licensed cannabis business. However the value of that cannabis business is based on the ability for the new owner to receive a new license through a “change of ownership,” despite the current license moratorium. OLCC Recreational Marijuana licenses cannot be sold or transferred, although the sale of a business and the “change of ownership” go hand-in-hand and is usually pro forma.

“It’s not fair to the folks [licensees] who’ve been doing it the right way,” said Commissioner Matt Maletis. “We’ve got enough licensees in the system currently.”

Oregon Senate Bill 408 provides a framework under which the OLCC can revoke a Recreational Marijuana license. The Commission wants to follow that framework to get bad actors out of the legalized system, but they don’t want to reward alleged bad behavior by allowing the licensee to benefit financially through a “change of ownership” business sale. Commissioners believe that’s how misbehaving licensees avoid their punishment for rules violations or breaking the law.

“When you break the law, on purpose you don’t get the benefit of something on the back end,” said Revoal. “That’s a slap in the face.”

The Commission directed the OLCC’s Administrative Hearings Division to consider the limited “no change of ownership” approach in licensee violation cases going forward.

“Nobody on this Commission wants to take away any livelihood, everybody understands that, we’re all pro-business,” said Rosenbaum. “I think it’s important that we set some ground rules on this so that nobody’s going to be surprised in the future.”

In other matters before the Commission, representatives from the cannabis industry echoed the narrative Commissioners heard during their visit to southern Oregon in June. The industry continues to be squeezed by low flower prices and excess production capacity. The continued [Federal] limitation to banking services and deductible business expenses has brought additional financial hardship during the current inflationary period.

The Commissioners also ratified the following stipulated settlement agreements (detailed information on specific cases can be found on the OLCC website):