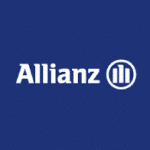 A Culver farm is seeking at least $600,000 for a destroyed hemp crop that it claims should be covered under an insurance policy for hay.

Mike & JD Alley Farms have filed a lawsuit alleging breach of contract, good faith and fair dealing against The American Insurance Company of Novato, California a subsidiary of Allianz SE

The Oregon Department of Agriculture considers hemp a form of “forage or feed,” he said. “It’s a plant material and there’s lots of uses in the livestock industry.”

The “foliage” included hand-picked hemp flowers with a higher oil content, while the “biomass straw” consisted of raw hemp that was combined in a field but not processed, Alley said.

While the insurance company paid out $200,000 for the lost hemp as general personal property, it refused to pay $600,000 under a policy specific to hay stored in a barn building, the complaint said.

The insurance company claimed the farm’s policy had a “CBD/THC exclusion,” referring to chemical compounds contained in hemp, but the farm claims that exclusion doesn’t exist, according to the lawsuit.

The insurance company also denied that hemp qualifies as “hay,” arguing it’s limited to dried grass, clover and alfalfa, while the plaintiffs argue the crop is “regularly used as forage and feed,” the complaint said.

The complaint claims the farm is owed the $600,000 plus interest and attorney fees.

A representative of Allianz SE, a German-based conglomerate of which The American Insurance Co. is a subsidiary, said the company does not comment on pending lawsuits.