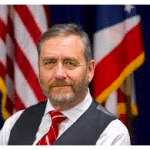 An effort to legalize marijuana in Ohio hit a setback Thursday. Reports Cincinnati.com Ohio Attorney General Dave Yost rejected a summary of a law proposed by a group calling itself the Coalition to Regulate Marijuana Like Alcohol.

Yost’s job was to decide whether the petition was a “fair and truthful” description of the proposed law. He cited seven deficiencies in the submitted language but said there could be more.

For example, the summary fails to explain the purposes of the “cannabis social equity and jobs program” proposed in the bill and doesn’t make it clear that adults were limited to possessing six marijuana plants in addition to growing them at home.

“In total, the summary does not properly advise a potential signer of a proposed measure’s character and limitations,” Yost wrote in a letter to the group’s attorney.