A California bill that would ban discrimination of employees who use cannabis off-the-clock has passed the State Assembly and is now on its way to the State Senate. 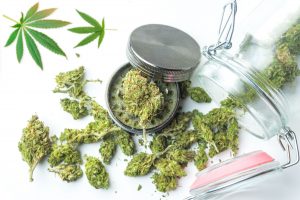 Assembly Bill No. 2188 calls for revision of the state’s Fair Employment and Housing Act (FEHA) – specifically the provision that deals with employment antidiscrimination. It would make it unlawful for employers to take adverse employment action against adult applicants or employees based on the individual’s use of cannabis off the jobsite and while not working. Employees who test positive for non-psychoactive cannabis metabolites in their urine, blood, hair, or bodily fluids could not be discriminated against.

However, the law would not allow workers to be impaired by cannabis, use it at work, or violate employer rules in accordance with maintaining a drug-free and alcohol-free workplace, as outlined in California Health and Safety Code Section 11362.45. There would also be an exception for federal contractors, federal funding recipients, federal licensees required to maintain drug-free workplaces, and those who work in the building and construction trades. Any employer required by state or federal law to test employees for controlled substances would also be exempt.

Similar measures have been passed in other states (New York, Nevada, New Jersey, Connecticut, Rhode Island and Montana), and the movement is gaining traction at the local level at various cities across the country.

City council members in Washington, D.C. unanimously passed a bill recently that (if approved by the mayor) would protect employees who test positive for marijuana from being fired. The Cannabis Employment Protections Amendment Act of 2022 would also prohibit employers from firing workers who use marijuana for recreational or medicinal uses. That bill has a few exceptions. For example, they won’t be considered in violation of if they’re acting under federal guidelines OR if the worker consumes the drug while at work OR is under the influence while performing work-related duties. It also doesn’t apply to those in safety-sensitive occupations, such as law enforcement, construction, security, health care, gas/power companies, or those who operate heavy machinery. The measure will allow employers to enact provisions that ban the possession, storage, delivery, transfer, display, sale, purchase, or growing of cannabis at one’s place of employment.

Additionally, New York City, Atlanta, Philadelphia, Baltimore, Richmond, Kansas City, and St. Louis have ordinances that protect the employment rights of marijuana users. Some of these extend just to city workers, others to all employers in those jurisdictions.

It’s unclear the odds for AB 2188 passing. Although it has cleared the state Assembly, it still requires approval from the state Senate and the governor. If it does make it to the governor’s desk, he’ll have until the end of September to sign or veto it.

As it stands, the California Chamber of Commerce is in opposition to the measure, citing the feasibility and cost of alternative drug testing that would be required to omit marijuana usage.

Our L.A. cannabis lawyers will be watching closely this measure’s progression.