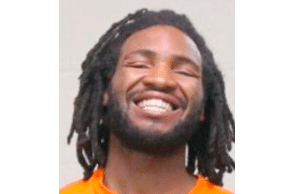 MASON CITY, Iowa – A California man arrested for drugs in North Iowa is pleading not guilty.

Davon James Conley, 27 of Moreno Valley, CA, and formerly of Wisconsin, has entered not guilty pleas to possession with intent to deliver marijuana and failure to use a drug tax stamp.  His trial is set to start on February 8, 2022.

Conley was pulled over on November 7 for allegedly speeding on Interstate 35 near Clear Lake.  Court documents state the smell of marijuana was coming from Conley’s vehicle and he admitted to smoking the drug eight to 10 hours prior in Colorado.

Law enforcement says a search of Conley’s vehicle found 56 grams of marijuana, a scale, resealable bags, and multiple black tubes with marijuana crumbs inside each.