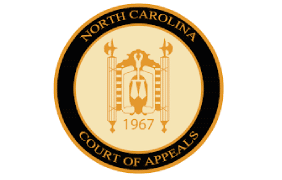 A North Carolina court upheld drug conviction charges against a man who mailed fifteen pounds of cannabis through FedEx; the defense had argued that law enforcement did not have cause to search the package due to the federal legalization of hemp, which is largely indistinguishable from THC-rich cannabis.

A North Carolina court has upheld the drug convictions of a man who was caught mailing cannabis via FedEx, the News & Observer reports. Joe Teague had appealed the conviction arguing that law enforcement lacked probable cause to search the package because of state and federal laws legalizing hemp and, because hemp and THC-rich cannabis look and smell alike, that agents on the scene had no way of telling the two apart without a chemical test.

The state Court of Appeals on Tuesday unanimously rejected Teague’s arguments, saying “law enforcement officers complied with the requirements of the Fourth Amendment” at “every stage of the investigation” from the removal of the package from the FedEx conveyor belt to the drug dog sniff at the facility.

In 2018, a Wake County drug agent had stopped the package at the facility noticing it had been taped along all the seams, which, along with a phony phone number – (888) 888-8888 – raised suspicion. The officer called in a drug dog which reacted to the package and triggered a warrant. The package was found to contain 15 pounds of cannabis packed in vacuum-sealed bags.

“The legalization of industrial hemp, which is reported to be indistinguishable from marijuana without quantitative chemical analysis, raises compelling legal issues for our courts. However, we conclude that Defendant’s arguments in the instant case are without merit. Accordingly, these arguments are overruled.” — North Carolina Court of Appeals, State v. Teague

The search at the FedEx facility led to an investigation and ultimately to Teague. Officers found a nearby storage facility and deployed the drug dog to the units where they uncovered more cannabis, and later more cannabis flower, concentrates, paraphernalia, and vacuum-seal bags at Teague’s home.

The court ruled that Teague’s Fourth Amendment rights were not violated by the “mere removal” of the package from the FedEx conveyor and that the 5 to 10-minute on-site search at the FedEx facility by a dog wasn’t an unreasonable seizure. The court cited a previous decision which found that although citizens have a legitimate interest that their package not be opened and searched, they cannot reasonably expect that postal employees won’t open and view the contents.