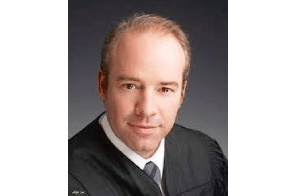 “Petitioner has failed to establish that he, as well as qualified patients, qualified caregivers, and reciprocal patients, have a clear legal right to purchase an additional two-ounces of medical cannabis, tax free, at this time, under the Cannabis Regulation Act,” Chavez wrote.

Prior to the Cannabis Regulation Act, the only way to legally possess cannabis in New Mexico was to be a medical cannabis patient.

The state’s Medical Cannabis Program has long allowed patients to purchase up to 230 units in a rolling 90-day period. A “unit,” a term created by the program, is one gram of cannabis flower or a quarter of a gram of concentrate or extract. That means a medical cannabis patient could buy up to eight ounces of cannabis flower every three months.

The Cannabis Regulation Act, however, allows adults who are at least 21 years old to purchase up to two ounces of cannabis flower in each purchase, with no limit on the number of purchases. The new law also limits personal possession to two ounces, but there is no limit on the amount of cannabis stored at a person’s home. Essentially, once recreational-use sales begin next year, a person could hypothetically make five trips to a cannabis retail business, purchasing the maximum amount each time and have purchased two more ounces than a patient is allowed in a 90-day period.

Chavez, in his decision, cited a portion of the Cannabis Regulation Act which states that a person 21 years of age or older can buy “not more cannabis than authorized by the Cannabis Regulation Act or the Medical Cannabis Program.” Chavez also cited a portion of the law that states medical cannabis patient rules and regulations will remain under the purview of the Medical Cannabis Program until the newly formed Cannabis Control Division creates its own rules and regulations for medical cannabis patients.

Last month, the Medical Cannabis Program held a public hearing and presented proposed rule changes that would increase medical cannabis purchase limits to 425 units or 15 ounces of cannabis flower. In comparison, non-patients could hypothetically purchase that amount in less than eight trips to a dispensary once recreational-use sales begin. The latest rule proposal has not been made final yet and is pending a hearing officer’s report and signature from the department secretary.

“This decision affirms the objective of the Department of Health Medical Cannabis Program to continue working with patients and providers to ensure patients have access to the medication they need while consulting with their medical providers,” Zurlo said.

Jason Barker, a medical cannabis patient, filed a request for a writ of mandamus, essentially asking the court to compel the Medical Cannabis Program to allow Braker and other patients to purchase up to two ounces per transaction.

Lawyers for the New Mexico Department of Health and its Medical Cannabis Program argued throughout proceedings and in filings that Barker did not exhaust all of the administrative remedies available to him. The Medical Cannabis Program allows individual medical cannabis patients to request an increase in their respective purchase limits, up to an additional 115 units or four ounces of cannabis flower.

Dan Akenhead, the lawyer representing the department and the Medical Cannabis Program, argued in a hearing last month that Barker had not sought an “administrative remedy” and therefore a mandamus request was unwarranted.

“We’re leapfrogging over that administrative remedy and the petitioners are asking the court to instead exercise an extraordinary remedy in terms of granting mandamus,” Akenhead said. “And that is an inappropriate use of mandamus where there is an alternative administrative remedy.”

But Barker’s lawyer, Jacob Candelaria, who is also a state senator, argued in a recent hearing that the administrative avenue does not solve the problem. The issue, Candelaria argued, was not that Barker and other patients wanted a specific increase, but that the department has no legal authority to limit medical cannabis purchases outside of what is outlined in the Cannabis Regulation Act.

“I think DOH misrepresents what the nature of my client’s claim in mandamus is, Your Honor, and what the relief he is seeking,” Candelaria said. “My client is not claiming, as DOH suggests, that the purchase limitations set forth, at the rules at issue today, are inadequate, or as applied to him.”

Candelaria told NM Political Report in an interview on Friday that he is still working with Barker to determine what to do next, but that they will likely challenge the department’s latest rule proposal once it is finalized.