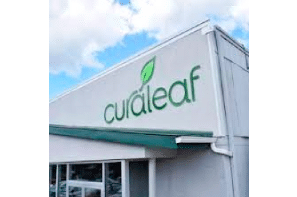 One of nation’s largest marijuana companies has settled 10 lawsuits over wellness drops it sold in Oregon that were contaminated with a jumbo dose of THC, the psychoactive ingredient in marijuana.

Massachusetts-based Curaleaf has acknowledged that employees at a Portland facility somehow confused its Select brand of CBD-based wellness drops, which are made from hemp but don’t usually contain intoxicating properties, with THC-based drops.

Curaleaf agreed to pay $50,000 to settle a case brought by an Idaho resident, Ayuba Agbonkhese, whose suit alleges he was taken to an emergency room in September after using Select CBD drops that he believed contained no THC. Agbonkhese said he wanted terms of his deal to be public to raise awareness about the incident.

“It was important for me to make sure that the company, as well as other companies like this, become more accountable. I want a safer community. That is my main reason for doing this in this way,” said Agbonkhese, an Air Force veteran who served in Iraq. He said Curaleaf has not apologized to him.

At least four other people reported going to the emergency room after unwittingly using the tainted drops. One newly filed case alleges an Oregon man died as a result of consuming the THC drops, though his death occurred weeks after the incident and he was infected with COVID-19 at the time of his death.

Portland attorney Michael Fuller is representing all the plaintiffs. He said nothing in Agbonkhese’s settlement constrains him from testifying in other cases or participating in the Oregon Liquor and Cannabis Commission’s ongoing investigation of Curaleaf.