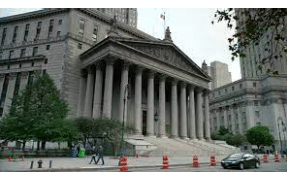 The New York Supreme Court has ruled that a $600 million lawsuit against multistate cannabis company Acreage Holdings and nearly 30 other defendants can move forward, Syracuse.com reports. The lawsuit alleges that the defendants participated in the scheme to illegally push a partner out of a medical cannabis license.

The lawsuit names as defendants representatives of New Amsterdam Distributors, LLC, New York Canna, Inc. and other high-profile individuals including former Syracuse police chief Dennis DuVal and former WCNY president and CEO Robert Daino. DuVal and Daino founded New York Canna in 2013, which was later acquired by Acreage, and the lawsuit details a number of mergers, takeovers, and transactions in the company’s history, the report says.

The lawsuit contends that the plaintiffs, EPMMNY, LLC, played an instrumental role in obtaining the medical cannabis licenses under which Acreage currently operates and that the company and other defendants violated a contract for the ownership, management, and control of the business license. The lawsuit was originally filed in 2018.

Judge Andrea Masley ruled that EPMMNY has the capacity to move forward with the case, attorney Lawrence Lonergan, who is representing the plaintiff told Syracuse.com. Defendants had sought to dismiss the lawsuit during the pretrial evidentiary hearing.