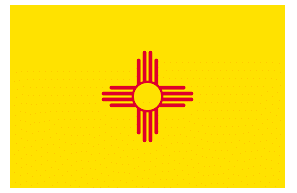 SANTA FE – As New Mexico prepares to allow the commercial sale of marijuana, lawmakers are weighing a proposal that would sharply increase the number of plants that can be grown by a small cannabis-production business.

The proposal, Senate Bill 100, cleared the Senate Tax, Business and Transportation Committee on a 7-3 vote Thursday.

It must pass one more committee to reach the full Senate for consideration. House approval would also be required.

The bill makes a host of changes to the cannabis legalization law passed last year, including an increase in the limit on plants that a “cannabis producer microbusiness” can possess – from 200 to 1,000.

Emily Kaltenbach of the Drug Policy Alliance, an advocacy group, said the change is necessary to help the smaller businesses that will ensure ordinary New Mexicans can enter the cannabis industry and keep it from being dominated by out-of-state corporations.

“This is an issue of ensuring equity in the industry,” she said.

Linda Trujillo, superintendent of the state Regulation and Licensing Department, said the increase is necessary to make the finances work for the small producers. It adds flexibility to their business plans, making them more akin to a small brewery that isn’t subject to any limits on how much beer it can make.

“We think the 1,000 plant count is a much more realistic number,” Trujillo said.

Senate Minority Whip Craig Brandt, R-Rio Rancho, said it was too soon to make such a substantial change.

“This was supposed to be a microbusiness, not a full-fledged business,” he said before voting against the legislation.