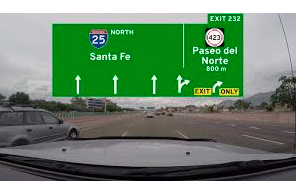 The New Mexico Political Report has this story of a mutiny within… it doesn’t bode well for getting actual work done !

As the New Mexico Regulation and Licensing Department prepares to issue licenses to cannabis businesses, court records show they are also facing a lawsuit by some of the employees tasked with daily operations.

In July, about a month after the state’s Cannabis Regulation Act went into effect, four RLD employees filed a civil complaint against the department, alleging that the employees were forced to start working in Santa Fe instead of Albuquerque, where the lawsuit says they have worked for years.

The four employees were among a larger group of staff that were moved from the Department of Health’s Medical Cannabis Program to the RLD’s Cannabis Control Division as part of the new law that legalized adult-use cannabis.

According to state records, Matilde Colomo and Jude Vigil are both listed as compliance officers, Matthew Peralta is listed as an environmental science specialist and Martinik Gonzales is listed as an administrative operations manager.

According to the complaint, the four employees are “being forced to transfer their daily work operation from Albuquerque to Santa Fe and are being forced to do so against their will.”

“All Plaintiffs have experienced mental distress and anguish over being forced to commute to Santa Fe against their wishes and against their job terms,” the complaint reads.

A spokesperson for RLD said the Cannabis Control Division does not comment on pending litigation, but reiterated that both the department and the division are working towards setting up a cannabis industry.

“The CCD’s mission is to stand up and support a thriving medical cannabis program and adult-use cannabis industry in New Mexico,” RLD spokesperson Heather Brewer said. “The CCD staff is working hard to provide quality customer service and timely technical assistance to maximize the economic opportunities the cannabis industry will create for businesses, communities and our state.”

All four employees, according to the complaint, had already been working in Albuquerque under DOH, but were informed in June that the Albuquerque workspace was “inadequate to house the new Cannabis Control Division,” and that it was “determined” that the new division staff would need to be in one location.

The suit claims that in moving staff from Albuquerque, RLD violated a State Personnel Office rule regarding intra-agency transfers.

The rule in question states that employees are allowed to be transferred “without the employee’s consent to a position in the same classification within the same geographic location, which is 35 miles from the boundaries of the community in which the employee is employed or if the established requirements state that willingness to accept a change of geographic location is a condition of employment.”

Santa Fe is about 60 miles north of Albuquerque.

According to the complaint, the four employees objected to the move and requested to work remotely from their respective homes, but were still “forced to report to the Santa Fe Office.”

The complaint asks a state district court judge to issue an injunction or temporary restraining order to halt the move until the issue can be resolved in court. RLD has until late next week to formally respond to the complaint.