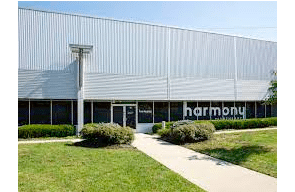 An interesting article ahead of all the latest licensing rounds and NJ’s desire to stay one step ahead of NY..

Although a medical marijuana dispensary in Hudson County has demonstrated “atrocious” record-keeping practices, it doesn’t need an outside consultant to take control of the operation, a state judge ruled Friday.

State Superior Court Judge Edward A. Jerejian in Bergen County denied a request by the investor-owners to name a custodian to run Harmony Foundation because the special fiscal agent he assigned to oversee its financial operations in December “is the proper vehicle…to be the eyes and ears of the court.”

That fiscal agent, retired Judge Peter Doyne, “whom everyone respects” just approved the hiring of an outside accountant Thursday. This is enough oversight for now, Jerejian said.

“But we are just getting warmed up,” Jerejian told the warring parties. “I am more curious than ever to solve this mystery to see who is being honest with this court.”

Secaucus Investors LLC, which was awarded a controlling interest of Harmony last fall in an arbitration case, had requested both the hiring of an accountant and the appointment of a custodian to oversee operations at the dispensary. Secaucus sued Harmony’s operators, Shaya Brodchandel and Yehuda Meer, for allegedly running up $30 million in debt, diverting $1 million to a dispensary in Israel operated by Brodchandel’s brother and hiring family and friends for unnecessary work.

Secaucus Investors Attorney Louis Modugno requested the court name David Knowlton, the former board chairman of Compassionate Care Foundation, one of the original medicinal marijuana dispensaries in Egg Harbor, as custodian, because the fiscal agent alone cannot oversee the questionable decision-making that is going on.

Harmony, which has appealed the arbitration ruling, has accused Secaucus of making “fanciful” unsubstantial claims to discredit Brodchandel and Meer and force the sale of the nonprofit dispensary to an unnamed multi-state operator.

Harmony “has more than $1 million in its checking account today,” and “brings in $60,000 a day,” Attorney Jason Cyrulnik told the judge. “The company is profitable and is one of the most respected members of this industry in New Jersey.”

The outcome of the proceedings is vitally important to Harmony Foundation and the other medicinal marijuana operators, who ultimately need approval from the state Cannabis Regulatory Commission to expand into the future 21-and-older legal weed market. But whatever is decided is not the last word. The commission must sign off on who owns and operates the business, and is not bound by the rulings of either the arbitrator or the judge.

The commission is watching what is going on in court. After Secaucus filed its request for a custodian based on “reckless conspiracy theories” which was covered in the press, the CRC sent a letter to Harmony and opened an “inquiry,” Cyrulnik said

In tones that hinted at weariness and frustration, Jerejian said he questioned the so-called altruistic motives of Harmony and Secaucus Investors and its mission to serve its thousands of registered patients.

“The record keeping is atrocious. It’s a $100 million business,” Jerejian said. “They lent out millions of dollars and there is no paperwork?” The fiscal agent will ask the account to investigate, the judge added.

The judge also questioned how Harmony could say it had no financial interest in the medical marijuana dispensary run by Brodchandel’s brother that is also called Harmony. “These are mere coincidences?”

“The special fiscal agent needs to know more about Israel,” he said.

“The court is not impressed by either side at this point,” Jerejian said. “If the parties decided to work together to maximize what should be the future of this entity, it would be obviously commendable.”

“The Court properly denied the meritless application. Harmony looks forward to continuing to disprove all of the lender’s reckless, false, and slanderous accusations in due course,” Slocum said.