In a precedential decision, the California State Personnel Board ruled that simply testing positive for prior marijuana use isn’t enough to accurately reflect whether a worker was impaired at work and thus grounds for discipline. The impact of this new civil service rule is that the use of urine tests for cannabis will be significantly limited in state worker discipline cases. 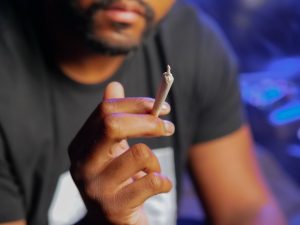 There are a few positions, such as policing, to which the rule does not apply. Some state employees are expressly barred from using drugs at all. But otherwise, given that cannabis is legal in California, it appears the state will largely be treating it like alcohol where workers are concerned.

The personnel board, which oversees the civil service rules applicable to state employees, pointed out that urine tests are only going to reveal whether a person has used marijuana in the past. It’s no indicator of whether the person is intoxicated on-the-job, which for most employees would be the only situation in which marijuana use would matter.

Workers who use marijuana aren’t likely going to face any criminal repercussions, at least under state law. Simple purchase, sale or use within the state-ascribed boundaries is unlikely to draw much if any attention from federal authorities either. However, because the drug remains illegal under U.S. statutes, employers may have a lot of leverage when it comes to prohibition rules, particularly when there are potential safety issues.

That said, zero tolerance policies are increasingly falling out of favor. As The Los Angeles Times reports, fewer companies are testing employees for the drug as a condition of employment – mostly because to do so would significantly limit the pool of qualified workers from which to choose.

Some cities and states have passed laws prohibiting employee marijuana tests. However, where challenges have gone to court, employees usually come up short, with courts ruling that even though marijuana is legal under state law, its status as illegal under federal law means that it is not protected as “lawful” off-duty activity.

Earlier this year, California lawmakers introduced a bill that would ban employee marijuana tests for many workplaces, with prohibitions on use of the drug limited to those who are either on duty or on standby. However, that bill hasn’t yet come before a committee for hearing.

The state board itself stated it took no position on whether use of the drug was good or bad, but accepted the choice of voters to legalize it and asserted state agencies have no power to discipline workers who use it on their off hours. In the case the board weighed, the worker tested positive for marijuana after returning to the office following two months on leave to take care of his children during the pandemic. A drug test was required because he’d been away from work for an extended period of time. His employer fired him after receiving the results. He claimed it was second-hand exposure to marijuana smoke, something refuted by a physician who reviewed the results. The administrative law judge sided in the worker’s favor, finding that while his testimony wasn’t credible, he shouldn’t have been fired for pot use. His termination was reversed and he was awarded back pay.

If a worker faces adverse employment consequences due to marijuana use, a Los Angeles marijuana lawyer may be able to help.