The COVID-19 pandemic has left much of the country facing some stark economic realities that don’t bode well for many businesses, some of which have already folded. But there could be a bright spot for California cannabis companies. 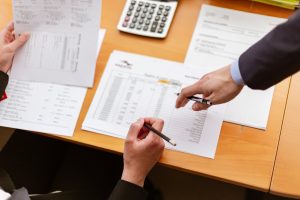 Government agencies – from the federal level on down – are strapped for cash too. There is enormous pressure for politicians to get the economy back on track, and that has many looking for creative ways to stimulate fiscal growth, reduce the unemployment rates and offset lost tax revenues.

There is good reason to presume the cannabis industry, by-and-large, will survive this. Cannabis companies were deemed “essential” during the lock down, and sales for many companies have remained steady relatively throughout as Californians hunkered down for months with not much else to do. Cities that previously had rejected cannabis sales are likely to start considering them as a means to boost job numbers and tax dollars. That could allow for significant expansion of the industry, given that two-thirds of the state doesn’t allow marijuana businesses to operate in their jurisdiction and state law requires local approval before anyone can legally set up shop.

In fact, news outlets in Anaheim and Milpitas reported city councils are already revisiting their local bans on pot shop prohibition. Marijuana Business Daily reports industry insiders are also closely watching for potential changes in Fresno, Concord and Chico, as well as in communities near L.A., like Oxnard, Corona and Pomona.

Los Angeles marijuana business lawyers speculate that not only will those city and county bans may be revisited, it’s possible communities will start looking at relaxing some of the crushing tax burdens these firms have been made to bear. Local leaders will want to attract more businesses, not make it harder to stay open.

Much of this may depend, though, on the full scope of the economic downturn. Given what we know this far about the impact, it’s likely more than a few leaders previously opposed to cannabis companies are rethinking that now. The budget season for cities and counties (May and June) is already underway, so it’s possible we’ll see some movement on this before the end of year, with varying outcomes from depending on the region.

Even so, it’s unlikely we’ll see new businesses opening within months because cities and counties that change direction will still have to craft and approve ordinances as well as a process for licensing. On-boarding that could take many months if not well over a year. We may see the most movement on this in suburbs of large urban hubs (like Los Angeles) where there is demand and possibly less resistance seeing the success of those operations and how it bolsters the local economy.

But that gives anyone considering opening a California marijuana company to start exploring their options, consulting with a corporate cannabis lawyer, conducting market research and lining up investors.