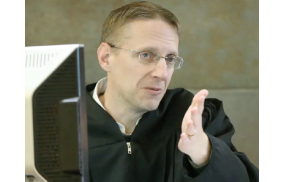 The Nevada Board of Pharmacy’s classification of cannabis as a Schedule 1 drug is unconstitutional, a district judge ruled Wednesday.

The ruling came in a lawsuit filed against the Board of Pharmacy by the American Civil Liberties Union of Nevada on behalf of plaintiffs Antoine Poole and the Cannabis Equity and Inclusion Community, an organization that helps people get established in the state’s marijuana industry.

Cannabis is currently a Schedule 1 drug, on the same level as drugs such as heroin and LSD, meaning the Board of Pharmacy considers those drugs to have a high potential for abuse or no accepted medical use in the United States.

On Wednesday, District Judge Joe Hardy Jr. agreed with the ACLU’s argument that marijuana does have an accepted medical use, because voters amended the state constitution in 2000 to legalize medical marijuana. He also ordered the Board of Pharmacy to remove cannabis from the list of Schedule 1 drugs.

“The constitutional right to use marijuana upon the advice of a physician does establish that marijuana has an accepted medical use and treatment in the United States,” Hardy said.