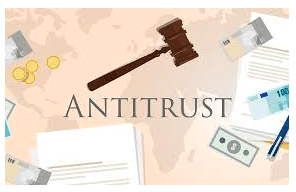 The case, Richmond Compassionate Care Collective v. Koziol, et al., Case No. MSC16-01426 (California Superior Court for the County of Contra Costa), involved a dispute between medical marijuana collectives in Richmond, California.  Plaintiff Richmond Compassionate Care Collective (“RCCC”) alleged that the defendants, directors of the collective Richmond Patient’s Group (“RPG”), conspired to prevent plaintiff from opening a dispensary by blocking plaintiff’s access to the limited inventory of commercial properties where medical marijuana dispensaries were permitted to operate pursuant to a local ordinance.  Specifically, RCCC contended that the defendants conceived a plan whereby they presented phony leases, letters of intent to lease or purchase, and purchase agreements to landlords with available commercial properties in an effort to “tie [the landlords] up with paper” so as to prevent RCCC from securing a property before its pending permit expired.  Defendants likewise went door-to-door to landlords in an attempt to convince landlords not to lease or rent their properties to RCCC, and also demanded non-compete clauses in their own commercial leases to contractually prevent landlords from leasing or renting their properties to RCCC.

RCCC’s lawsuit alleged that defendants’ scheme constituted an unlawful group boycott in violation of California’s Cartwright Act, causing RCCC to suffer millions of dollars in damages.  The case went to trial in August 2021 against three owners and directors of RPG:  William Koziol, Darrin Parle, and Alexis Parle.  On September 23, 2021, the jury returned a verdict against William Koziol and Darrin Parle, awarding $5,000,000 in damages, which will be automatically trebled to $15,000,000.  The remaining defendant, Alexis Parle, was found not liable.

Read the full article at  https://www.natlawreview.com/article/california-jury-awards-millions-to-cannabis-company-antitrust-case