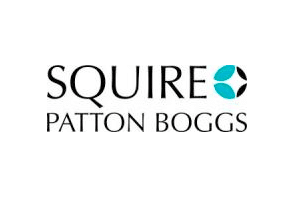 We have written many times over the past few years about how the bankruptcy courts are off-limits to state-legalized cannabis businesses.  This past year brought no new relief to the cannabis industry, and the doors to the bankruptcy courts remain shut.  Are the other federal courts off-limits as well?  A recent district court decision from the Southern District of California sheds some light on this issue, and indicates that the district courts are at least partially open to participants in legal cannabis businesses.

The facts of Indian Hills Holdings, LLC v. Frye are relatively straightforward.  Plaintiff Indian Hills Holdings (“IHH”), Construction & Design Professional Corp. (“CDP”) and its principal Christopher Frye (“Frye” and, together with CDP, the “Defendants”) entered into a contract whereby IHH paid Defendants to purchase Cultivation “Adult” Extreme Cubes (the “Cubes”).  Defendants in turn contracted with ICT Centurion Investments, LLC (“ICT”) to purchase the Cubes.   The Cubes were marketed as a “fully integrated growing container system” used in indoor cannabis cultivation.  When ICT sold the Cubes to another party, Defendants were unable to deliver the Cubes to IHH.  Defendants refused to return the money, and IHH sued, asserting breach of contract, unjust enrichment and fraud claims.

A default judgment was entered against CDP for failing to respond to IHH’s complaint.  Frye, however, filed a motion to dismiss the complaint, arguing in part that IHH did not have standing to bring its claims.  Noting that Frye only “cursorily” raised the standing issue and that the “issue is a complex one”, the court reframed Frye’s argument as follows:

The court began its analysis by considering whether the parties’ contract violated the CSA.  Section 863(a) of the CSA makes it unlawful to sell or offer for sale “drug paraphernalia,” which is defined to include “any equipment, product, or material of any kind which is primarily intended or designed for use in manufacturing … a controlled substance.”  Because the Cubes are used to grow cannabis, and because cannabis is a controlled substance, the sale of the Cubes would seemingly violate section 863(a) of the CSA.  However, the CSA contains an exemption, whereby section 863 does not apply to any person authorized by state law to manufacture, possess or distribute drug paraphernalia.  California allows the manufacturing of drug paraphernalia, which would include the Cubes.  As a result, the court wrote that the contract “may fall within the CSA exemption.” Additionally, the court noted that the U.S. Department of Justice has declined to enforce the CSA’s prohibition on the sale of marijuana when the marijuana is bought or sold in accordance with state law.  For these reasons, the court concluded that enforcing the parties’ contract would likely neither violate the CSA nor public policy.

While the contract may be legal, the court still had to consider whether assuming jurisdiction over the dispute would result in a violation of federal law.  After all, federal courts will not assume jurisdiction over a dispute where the court will be required to order a legal violation.  The question therefore became whether a plausible remedy existed for IHH that would not require the court to order such a legal violation.   The court held that it could fashion a remedy without violating the law by simply awarding IHH monetary damages.  A judgment for money damages, unlike an award of specific performance, would not result in IHH obtaining the Cubes and growing cannabis.  Instead, the result would be a return of the monies paid by IHH to Defendants for the Cubes.  The court’s ruling was consistent with prior cases involving state-legalized cannabis business, where the courts found ways to provide relief without violating the CSA.  E.g., Polk v. Gontmakher, 2021 U.S. Dist. LEXIS 53569 (W.D. Wash. Mar. 22, 2021) (noting that “recent case law involving cannabis-related business contracts does not espouse an absolute bar to the enforcement of such contracts”); Mann v. Gullickson, 2016 U.S. Dist. LEXIS 152125 (N.D. Cal. Nov. 2, 2016) (court may consider breach of contract claim arising from sale of cannabis business when “it is possible for the court to enforce [the] contract in a way that does not require illegal conduct”).

As the legalized cannabis industry continues to grow and develop, market participants will undoubtedly need access to courts.  The bankruptcy courts remain off-limit, thus requiring distressed cannabis businesses and their creditors to turn to state-law insolvency proceedings (e.g., assignments for the benefit of creditors; receiverships).  To those in the industry, it may be a welcome relief to know that at least some federal district courts have made themselves available to these parties and that these courts thus far have shown a willingness to adjudicate disputes arising from the cannabis industry.  However, any party seeking their day in federal court needs to ensure that they are not asking the court to grant relief that would violate federal law, including the CSA.  This means that while money damages should be available, specific performance of the contract is likely off the table.