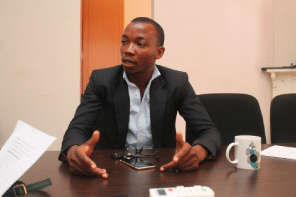 Two leading Namibian cannabis activists are challenging the constitutionality of that country’s drug laws.   According to the Namibian Online on 6 September 2021 president and secretary general of the Ganja Users of Namibia (GUN), Brian Jaftha and Borro Ndungula have filed papers in the Windhoek High Court.

Their lawyer Kadhila Amoomo says they are seeking to have cannabis legalized and for cannabis prisoners to be freed.

The two men say in their claim they are charged in pending cannabis-related cases in Windhoek, with Jaftha facing charges in two matters, and Ndungula charged in eight cases.

They also say they are taking the legal action for their own rights to use dagga, to challenge the constitutionality of all laws prohibiting dagga in Namibia, and in defence of the charges against themselves. 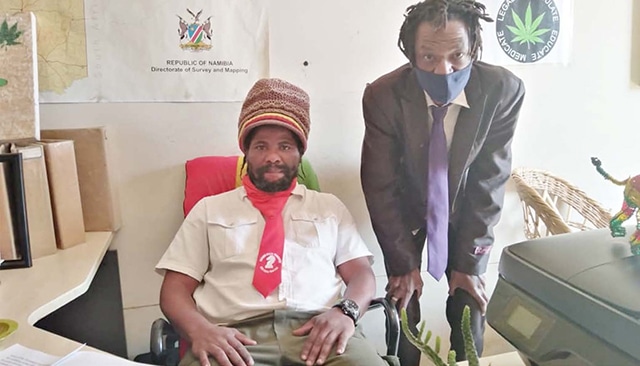 Except for asking the court to declare that legislation prohibiting the possession and use of cannabis is invalid because it is inconsistent with the Constitution, they want all mention of cannabis to be removed from the Abuse of Dependence-Producing Substances and Rehabilitation Centres Act of 1971, people presently imprisoned for the use or possession of cannabis to be released from jail, and the criminal records of everyone previously convicted of possessing cannabis in Namibia to be wiped clean.

They further want the court to order that the prosecution in their pending matters should be stopped.

According to Jaftha and Ndungula, the criminalisation of cannabis “is irrational and unjustified and unjust” and violates a number of their constitutional rights, including the rights to human dignity, equality and freedom from discrimination, privacy, administrative justice, and to culture and religion.

Cannabis is well-documented as a treatment for various medical conditions, including asthma, high blood pressure, arthritis and rheumatism, and there is no rational basis for its prohibition or classification as a dangerous or harmful substance, or as a dependence-producing substance like nicotine, alcohol and opiates, they say.

They claim: “The prohibition owes its existence to outdated, unfounded and false convictions on the harmfulness and dependence-producing effects of cannabis, motivated in part by a now defunct racist political agenda.”

They further claim that the prohibition is “motivated by false and unscientific propaganda” in support of a global corporate and state conspiracy to control resource markets and deny citizens access to dagga as a natural resource.

The defendants in the matter have not given notice that they would oppose the claim yet.