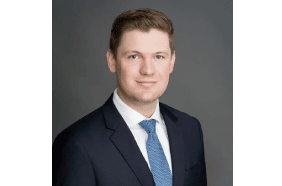 A Great Falls couple filed a lawsuit in district court Monday challenging the ban on cannabis dispensaries within city limits.

The suit argues that according to House Bill 701, which addresses recreational marijuana implementation in Montana, counties and cities can put further rules and regulations on marijuana sales. However, Great Falls’ outright ban of sales within city limits is in violation of state law because cities and counties can only ban sales through a local referendum vote, which has not happened in Great Falls or Cascade County.

“State law allows dispensaries to operate legally in Great Falls, unless the citizens of Great Falls say otherwise through an election,” the couple’s attorney, Raph Graybill, said in a press release. “The city’s ban violates state law and goes against the clear will of the people.”

Janelle and Dale Yatsko have operated Green Creek Dispensary outside city limits for 14 years, where they started with medical sales, according to court documents. They were licensed by the Cannabis Control Division through the Department of Revenue to grow and dispense adult-use cannabis soon after the passage of recreational sales statewide in 2021.

The couple then filed a Safety Inspection Certificate application with the city of Great Falls to allow them to operate in a location within city limits in February.

But City Manager Greg Doyon denied the Yatsko’s permit application in March, citing how the federal law on marijuana sales has not changed and a city ordinance passed in 2010 prohibited the sale or production of marijuana within city limits. Along with these arguments, Cascade County Commissioners voted unanimously in February 2021 to limit zoning for dispensaries to two I-2 heavy industrial zones outside of Great Falls city limits.