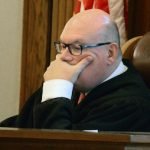 Their report reveals……A Missouri judge has ordered state regulators to hold off on determining the fate of a marijuana dispensary license application in Independence while a lawsuit challenging city regulations makes its way through the court.

Healing Center of Kansas City in November sued the Missouri Department of Health and Human Services and the city of Independence, saying city zoning regulations on medical marijuana dispensaries were overly restrictive. Lawyers sought a temporary restraining order ahead of the state’s expected decision on dispensary applications later this month.

Circuit Court Judge Daniel Green granted that request on Thursday. His temporary restraining order says the state cannot deny the application on the basis of Independence’s zoning rules before a Jan. 27 hearing on the case. The Healing Center is owned by John Richards.

Healing Center of Kansas City has sought to open a dispensary in Independence, but its lawsuit claims the city zoning rules create an undue burden on the applicant in violation of the Missouri Constitution. Missouri voters approved a constitutional amendment in November 2018 allowing medical marijuana. The constitution bars local governments from prohibiting medical marijuana operations and regulations that are “unduly burdensome.”

Read the full story at  https://www.kansascity.com/news/politics-government/article239404908.html