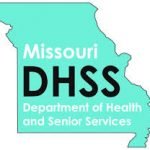 A southwest Missouri family that saw its application to grow medical marijuana rejected by the state is now suing the state, demanding a license to participate in Missouri’s fledgling medical cannabis industry.

The lawsuit filed Friday by Paul Callicoat and his family, of Sarcoxie, Missouri, came a day after the Missouri Department of Health and Senior Services granted 60 licenses from the more than 500 companies that applied. The Callicoats, who had planned to open a cultivation facility called Sarcoxie Nursery, were not among those who won a license.

The family’s lawsuit argues the state’s 60-license limit violates the state constitution’s “right to farm” amendment passed by voters in 2014. The lawsuit also challenges the state’s selection process that gave more points to businesses in high-unemployment ZIP codes, saying that “geographic bonus” was announced after the family had already paid a non-refundable $10,000 application fee.

The health department did not respond to a request by the St. Louis Post-Dispatch for comment. A hearing on the lawsuit is scheduled for Monday.