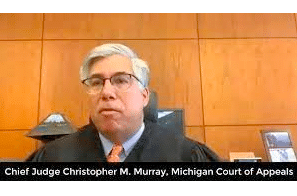 The Detroit News reports……Michigan Court of Claims Judge Christopher Murray has lifted a portion of the state’s widespread marijuana recall, saying a segment of it was “in all likelihood based upon an arbitrary decision.”

On Nov. 17, the Marijuana Regulatory Agency recalled products tested by Viridis Laboratories and Viridis North because of allegedly “inaccurate and/or unreliable results of products tested.” 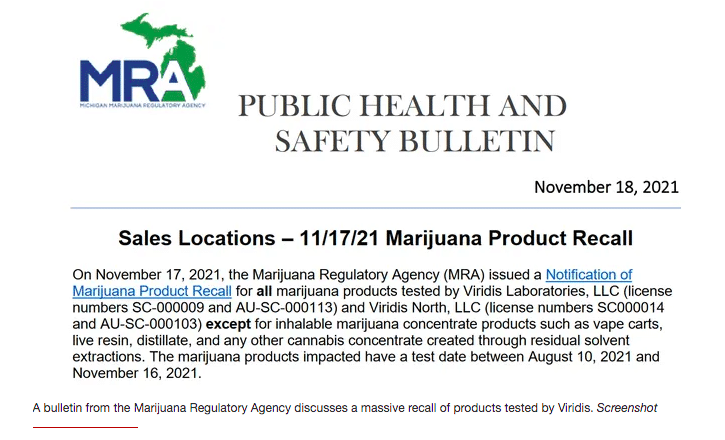 Viridis Laboratories, which said the recall affected about 60% to 70% of the state’s on-shelf cannabis products, sued, contending the move by the state was “unjustified, prejudiced and retaliatory.”

“Yet, the recall bulletin expressly states in the first sentence that the MRA ‘has identified inaccurate and/or unreliable results of products tested by safety compliance facilities Viridis North, LLC and Viridis Laboratories, LLC.’” Murray wrote. “As to Viridis North, that does not appear to be accurate, as everyone has agreed that no samples from Veridis (sic) North were included in the random samples re-tested prior to the recall, and which in part led to the recall.”

Murray blocked the state’s recall as it pertains to Viridis North but allowed it to continue for Viridis as further litigation continues.

The judge acknowledged the Marijuana Regulatory Agency “undoubtedly” believes the recall of both Viridis and Viridis North was necessary to protect the public.

The company applauded the decision in a statement, saying it struck down “approximately half” of the state’s recall.

“While we maintain that the entire recall was completely without merit, we applaud the Court for at least reversing the MRA’s faulty decision to recall products tested at Viridis Bay City,” said Kevin Blair, an attorney with Honigman. “This ill-advised recall has caused irreparable harm not only to Viridis but to growers, retailers and consumers throughout the state.”

The laboratories claim the recall affected 64,000 pounds of flower valued at retail prices at over $229 million.