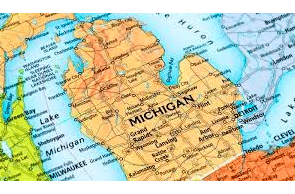 A proposal in Michigan would eliminate the state’s “moral character” clause in its adult-use cannabis law, which can block industry participation based on “integrity, moral character, and reputation” or if the applicant has prior cannabis offenses.

A proposed bill in Michigan would eliminate the “moral character” clause in the state’s adult-use cannabis law, WKAR Public Media reports. The legislation sponsor, Democratic state Sen. Jeff Irwin, said the current law could be used to keep out individuals who illegally sold—or sell cannabis—from participating in the industry.

Irwin said in a statement that “it would seem to be especially important” that the door remains open for legal operators to hire “folks who are very experienced in the illicit cannabis space.”