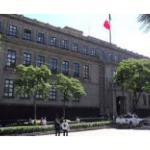 Supreme Courts are busy this week !

The Supreme Court of Mexico officially decriminalized cannabis nationwide on Monday after ruling that the cannabis prohibition clause under the nation’s health law was unconstitutional. In an 8-3 decision on Monday, the court ruled that sections of the country’s general health law prohibiting personal consumption and home cultivation of marijuana were unconstitutional.

Adults wanting to cultivate and consume their own cannabis will be able to apply for permits from the health secretariat. Criminal penalties for possessing more than five grammes of marijuana or selling the drug remain in place.

Prior to Monday’s decision, adults could petition courts for individual injunctions to grow and consume cannabis. The supreme court first granted injunctions in 2015 in favour of four applicants seeking injunctions to consume and grow marijuana. As courts granted more injunctions, the court declared jurisprudence on the issue – and in 2017, the supreme court ordered congress to draft laws for creating a legal cannabis market.

The high court’s latest ruling came after a 2018 decision that determined cannabis prohibition was unconstitutional and called for federal lawmakers to enact a cannabis legalization law. Lawmakers have so far failed to agree on such a law, however, which prompted the justices to reconsider the issue—and eight of the 11 judges ultimately supported the decision.

“Today is a historic day for liberties.”

Since the Supreme Court’s 2018 ruling, the footdragging of federal lawmakers encompassed three missed deadlines and several deadline extensions, the latest of which came and went on April 30, 2021. Earlier in April, lawmakers appeared to reach a deal after the House voted to approve a Senate legalization bill but ultimately the deal fell through when Senate leaders contested some of the revisions made in the lower body.

Under the latest ruling, adults in Mexico can apply for a permit from the Federal Committee for Protection from Sanitary Risks (Cofepris) allowing them to obtain and possess cannabis—if approved, adults 18 and older are now allowed to possess up to 28 grams of cannabis. Cofepris will also be awarding permits for the cultivation and harvesting of cannabis plants.