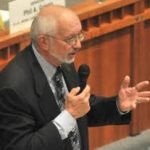 A Senate bill that would specify that only New Mexico residents are eligible to enroll in the state’s Medical Cannabis Program is headed to the House.

SB 139, sponsored by Sen. Jerry Ortiz y Pino, D-Albuquerque, passed the Senate floor Saturday night by a 32-8 vote. Ortiz y Pino told other Senate members that the bill is an attempt to “plug the hole” that was created in a bill he sponsored last year that was signed into law.

The bill he sponsored last year, among other changes to the state’s medical cannabis laws, removed the words “resident of New Mexico” from the definition of a qualified patient and replaced them with “person.” Shortly after the law was changed last year, Duke Rodriguez, the president and CEO of medical cannabis producer Ultra Health, along with two Texas residents, took the state to court after the three were denied medical cannabis patient cards. Rodriguez is an Arizona resident, but according to court documents owns a home and vehicle in New Mexico. Arizona has a medical cannabis program and Texas has a medical program with limited conditions and only allows cannabis with half a percent of THC—a psychoactive substance in cannabis.

After a state district judge ruled in favor of the three petitioners, Gov. Michelle Lujan Grisham’s office and the Department of Health took the issue to the Court of Appeals, where it remains pending.

Sen. Jeff Steinborn, D-Las Cruces, took issue with the bill and repeated some of the same concerns he brought up in a previous committee hearing. He told a story about a friend of his who suffered through cancer treatment and was unable to benefit from medical cannabis because he lived in Texas. Steinborn said New Mexico could be on the “cutting edge” of what he called a humanitarian issue of medical cannabis.

“I personally am not convinced we have to take this step tonight,” Sreinborn said.

Ortiz y Pino argued that the state already has a reciprocity provision in the law and confirmed through his expert witness, Secretary of Health Kathyleen Kunkel, that the secretary has signed new rules that outline how reciprocity with other states with medical cannabis programs works. Ortiz y Pino also argued that a state identification card would suffice to prove residency with the Department of Health.

Sen. Cliff Pirtle, R-Roswell, who voted against the bill, said he recently had trouble proving his residency while trying to get a Real ID compliant driver’s license.

“I think we might be going a little too far with this in proving residency,” Pirtle said.

The most vocal critic of the bill was Sen. Jacob Candelaria, D-Albuquerque, who is a medical cannabis patient himself. He said there are no other health care services in the state that are limited to residents, specifically mentioning pregnant women who come to New Mexico because of laws that are less restrictive for abortion than many other states.

“We allow people from all over the country to come here,” Candelria said, adding that he is very much in favor of the state’s abortion law.

Candelaria offered an amendment that would have still limited the state’s program to residents, but would have raised plant limits for producers from 1,750 to 5,000 and increased the amount patients can possess. The amendment failed 8-32.

Ortiz y Pino, along with senators who voted for the bill, argued that by allowing out-of-state patients, New Mexico is inviting federal scrutiny. Ortiz y Pino pointed to a federal memo from former Deputy Attorney General under Barack Obama, James Cole. The letter, colloquially known as the Cole memo, outlines how the federal government will not interfere with states that allow medical cannabis. The memo assumes that those states with medical cannabis laws “Will implement strong and effective regulatory and enforcement systems that will address the threat those state laws could pose public safety, public health, and other law enforcement

But Candelaria said the state should not be so worried about the U.S. Justice Department as it has not indicated it would crack down on medical cannabis states.

“Keep in mind,” Pirtle said. “There’s 14 states that have recreational cannabis. “They have done nothing to them.”The bill heads to the House where it will face an nontraditional committee assignment process. Speaker of the House Brian Egolf announced Friday that he would completely remove himself from the legislative process related to Ortiz y Pino’s bill. Egolf is an attorney outside of his role in the legislature and is currently representing the three petitioners involved in the pending court of appeals case. 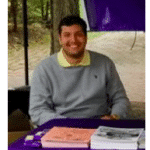 The majority of states in the U.S. – California included – allow legal marijuana...view more

This just in via their pr people 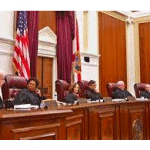 If you’re a fan of White Widow, you’ll be excited to try its new offspring, Himalayan Gold. The...view more 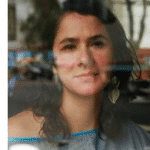 Yesterday new cannabis legislation was presented to the Argentian legislature in an attempt to move...view more