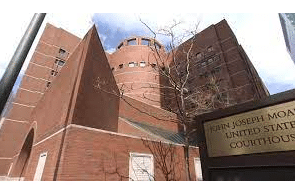 BOSTON – A Boston woman who worked for an unlicensed marijuana delivery company run by a Milton woman that had millions of dollars in revenue has pleaded guilty, federal prosecutors said Monday.

Tatiana Fridkes, who also goes by the name Sonya, 34, of Boston, was sentenced Friday to time served and two years of probation, and was also ordered to pay $82,000 in restitution, according to a statement from the U.S. attorney’s office in Boston.

“Northern Herb used locations in Canton, Milton, Foxboro and Hyde Park to store and distribute marijuana, and employed at least 25 workers,” according to the U.S. attorney’s office.