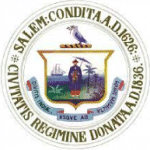 Commentary: “This Week In Weed”

In the conclusion of a long-running legal battle,court in Massachusetts has ruled against a cannabis company that sued Salem after city officials declined to approve the company’s proposed cannabis store.

The Friday ruling (full text here) by the Supreme Judicial Court methodically dismantled the “throw everything at the wall” complaint filed by Mederi, the would-be pot shop.

The court’s justices affirmed that municipalities have more than merely “ministerial” powers over cannabis operators, and may indeed pick and choose which companies get the “host community agreements” needed for state licensure. They also rejected Mederi’s claim that Salem acted arbitrarily and capriciously in denying Mederi’s application, saying a “thorough” report by local officials recommending different companies over others showed the city had a rational basis for its licensing decisions.

That was all more or less expected — state law pretty clearly anticipates that host community agreements will be the subject of negotiation, and that not every applicant who meets local requirements is automatically entitled to local approval. I doubt that even critics who decry the ability of municipalities to exercise such discretion really believed this argument would work.