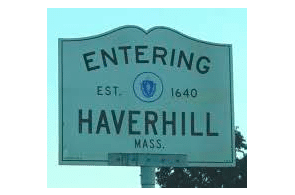 A state Appeals Court ruled yesterday in favor of the City of Haverhill and Stem, a downtown cannabis retailer, over the legality of zoning where the shop is located.

Appeals Court Justices Sookyoung Shin, Joseph M. Ditkoff and Maureen E. Walsh ruled Haverhill’s creation of overlay zones following voters’ approval of recreational cannabis did not result, as alleged, in “spot zoning.” They also acknowledged federal and state schoo1 zone statutes relating to “controlled substances,” but noted there is no outright ban as evidenced by use of such drugs by medical offices near schools.

“Putting aside the dearth of evidence in the summary judgment record suggesting that a school or playground is near the establishment, (state law) provides that a municipality may allow a licensed medical establishment to be located near a school,” Appeals Court justices ruled, adding, “Nothing in these school zone statutes suggests that the creation of the overlay zone, including the elimination of the buffer zone in the Waterfront District, was either arbitrary or unreasonable.”

Stem owner and CEO Caroline Pineau hailed the decision. “Obviously, we are very pleased. We’ve argued all along the city zoning was correct in its planning and execution. We look forward to continuing being a good corporate citizen, a creator of new jobs and a source of significant new tax revenue for Haverhill,” she said.

Haverhill City Solicitor William D. Cox Jr. said he had confidence in the city’s zoning ordinances which were shaped during numerous public meetings.

“We always felt that the zoning ordinance for Licensed Marijuana Establishments would survive the scrutiny of any legal challenge and the Appeals Court decision bears this out,” he said.