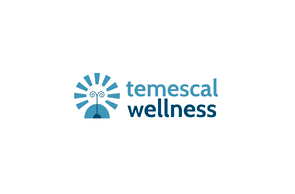 Yesterday, the District of Maryland filed a memorandum opinion and a subsequent order in Temescal Wellness of Maryland, LLC’s case against Faces Human Capital, LLC after the plaintiff accused Faces allegedly failed to send Temescal’s payroll taxes to the appropriate government agencies.

The plaintiff operates a cannabis business named Evermore Cannabis Company; they alleged that “‘Faces failed to make the requisite deposits, including the State and Federal tax deposits,’ in excess of $115,000.” Furthermore, Temescal alleged that Faces used the money “for their own benefit.” Throughout the court proceedings, the plaintiff agreed with several defendants’ motions to dismiss, most of whom were alleged owners of Faces, but still has claims against Faces and several employees.

The court started their analysis by denying Temescal’s argument for subject-matter jurisdiction due to a lack of a convincing argument. Two defendants filed motions to dismiss for lack of personal jurisdiction, which “Temescal entirely ignore[d].” Furthermore, the court evaluated the plaintiff’s argument against the CEO of Faces, but determined that the allegations against him were “a sweeping, generalized legal conclusion that asserts equal responsibility among each individually named Defendant for the contract between Temescal and Faces.”

The court also noted that Temescal failed to support their claim that Faces used Temescal’s money for their own purposes, and thus dismissed their fraud claim. Accordingly, the plaintiff’s claims for civil conspiracy and conversion were denied for lack of a valid argument to support it.

Defendants Voegler, Cassese and Heyman’s motions to dismiss were either granted or denied as moot. The complaint was closed without prejudice and the court ordered the clerk to close the case.

The plaintiff is represented by Schulman, Hershfield & Gilden, P.A.