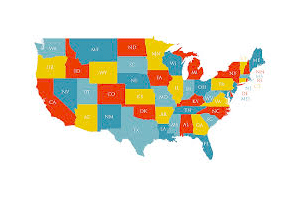 The best weekly roundup there is

Oregon Gov. Kate Brown (D) announced that a special session beginning this week will include consideration of funding to address illegal marijuana cultivation.

A spokesperson for North Dakota Gov. Doug Burgum (R) said the number of people applying to have marijuana convictions pardoned has “slowed to a dwindle.”

Pennsylvania Gov. Tom Wolf (D) tweeted, “Since I took office in 2015, I’ve protected the health of Pennsylvanians by:…

Illinois’s lieutenant governor tweeted, “If you’re an organization looking to heal your community impacted by mass incarceration and the war on drugs, look into @ICJIA_Illinois’s #R3 grant program.”

Ohio’s House speaker said he thinks there will be “significant opposition”to marijuana legalization bills in the 2022 session, but that there will also be “some significant support in some corners.”

The Texas Supreme Court rejected regulators’ motion to remove an injunction on their ban on delta-8 THC.

Massachusetts regulators published a research article on equity and diversity in the marijuana industry.

New York regulators will discuss medical cannabis and hemp issues on Thursday. Separately, the director of the Office of Cannabis Management spoke about efforts to implement legalization and expunge records.