The lead-up to the 2016 primaries is in full swing, with another candidate declaring seemingly every few days. Major issues in this election will involve all the usual suspects—the Middle East, immigration, taxes, jobs—but another topic that will be in the mix is marijuana.

Several states are gearing up to put legalization initiatives on the ballot, with California being the biggest and most likely to succeed. Presidential candidates now find themselves having to answer the question, “Where do you stand?”

Let’s take a look at what they’ve said, roughly in descending order of support:

Bernie Sanders (D): “I have supported the increased use of marijuana for medical purposes, and I can tell you when I was Mayor of the City of Burlington, which includes the University of Vermont, I don’t recall that anybody was arrested for marijuana use. And I have real concerns about implications of the war on drugs that has. We have been engaged in for decades now with a huge cost and the destruction of a whole lot of lives of people who were never involved in any violent activities.”

Lincoln Chaffee (D): “Americans’ attitudes toward medically prescribed marijuana are changing, and medical organizations throughout the country – including the Rhode Island Medical Society and the American Medical Association – have come to recognize the potential benefits of marijuana for medical use.”

Rand Paul (R): [Introducing a bill to reschedule marijuana to Schedule II] “If you don’t believe in medical marijuana you believe in putting that person in jail.”

Hillary Clinton (D): “There should be availability [of medical cannabis] under appropriate circumstances.” Also, “On recreational [marijuana], you know, states are the laboratories of democracy. … We have at least two states that are experimenting with that right now. I want to wait and see what the evidence is.”

Martin O’Malley (D): [After signing bill decriminalizing small amounts of marijuana in Maryland] “As a matter of judicial economy and prosecutorial discretion, few if any defendants go to prison for a first or even a second offense of marijuana possession in Maryland. Desuetude is often a precursor of reform.” (Translation: the laws weren’t being enforced much anyway, so why not?)

Ted Cruz (R): “If the citizens of Colorado decide they want to go down that road, that’s their prerogative. … I don’t agree with it, but that’s their rights.”

George Pataki (R): “I am not in favor of legalized marijuana. But having said that, I’m a great believer that the states are the laboratory of democracy. Colorado just legalized it—let’s see what happens.”

Rick Perry (R): “Well, I’m a big believer in the 10th Amendment. I don’t agree with those decisions [to allow recreational cannabis use] that were made by that, by the state of Colorado or Washington, but I will defend it to my death, if you will, to allow them to make those decisions.”

Jeb Bush (R, presumed candidate): “I think that states ought to have a right to decide these things. I think the federal government’s role in our lives is way too-overreaching.” But also, “Allowing large-scale, marijuana operations to take root across Florida, under the guise of using it for medicinal purposes, runs counter to [making Florida a desirable place to visit or live] … I strongly urge Floridians to vote against Amendment 2 this November.”

Marco Rubio (R): “If there are medicinal uses of marijuana that don’t have the elements that are mind-altering or create the high but do alleviate whatever condition it may be they are trying to alleviate, that is something I would be open to.” But also, “The broader issue of whether we should be legalizing it is something I’m pretty firm about. I don’t think legalizing marijuana or even decriminalizing it is the right decision for our country.”

Carly Fiorina (R): “I believe in states’ rights. … They’re within their rights to legalize marijuana, and they’re conducting an experiment I hope the rest of the nation is looking closely at.” But also, “No, I do not think we should legalize marijuana.”

Ben Carson (R): “I think medical use of marijuana in compassionate cases certainly has been proven to be useful. But recognize that marijuana is what’s known as a ‘gateway drug.’ It tends to be a starter drug for people who move on to heavier duty drugs—sometimes legal, sometimes illegal— and I don’t think this is something that we really want for our society.”

Lindsey Graham (R): “I’m against legalizing marijuana for recreational purposes. But when it comes to medicinal marijuana and this [CBD-only] oil, I think politicians should embrace what makes sense. When it comes to issues like this, I don’t want to be academic in thought. This is about people. This is about families with sick children. Why should someone in my position get in the way of helping a child, if you can reasonably and logically do it?”

Mike Huckabee (R): [On jailing AIDS patients who use medical marijuana] “I think I’d leave that to the DEA. Let me just be very blunt. I don’t support the idea. I think there are better ways to treat medical illnesses than the use of a drug that has really caused so many more people to have their lives injured than it has to necessarily have their lives helped.”

Scott Walker (R, presumed candidate): “Now there are people who abuse (alcohol), no doubt about it, but I think it’s a big jump between someone having a beer and smoking marijuana.”

It’s amazing to see how much candidates’ stances on cannabis have changed since the last presidential campaign. While few are willing to

wholeheartedly endorse decriminalization, more candidates are accepting the value of medical marijuana. And even candidates who say they’re against medical cannabis are willing to see it as another states’ rights issue and endorse a hands-off approach. We’re hopeful that under the 45th president, whoever he or she is, cannabis laws will not become more restrictive, but will instead continue to loosen across the nation and even at the federal level. 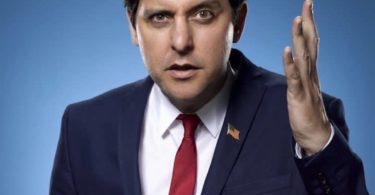 With his history as a stand-up comedian, mercilessly mocking game show host, and designated...view more 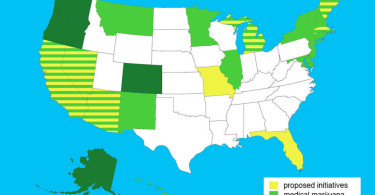 Four states have already begun taxing and regulating the recreational use of marijuana. Based on...view more